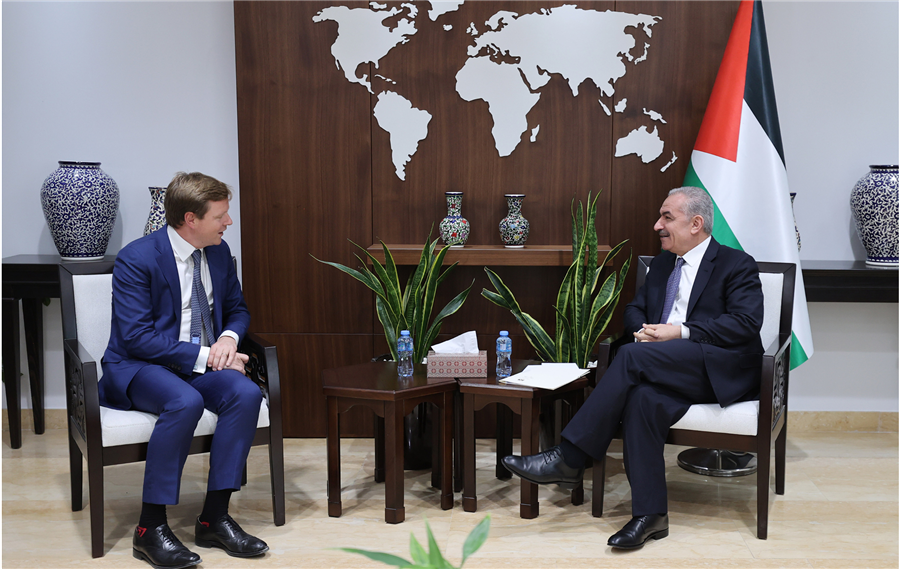 During his meeting with the Director of Middle East and North Africa Affairs Stephen Hickey, at the Foreign of Commonwealth and Development office, PM Shtayyeh reiterated that the moving of the UK embassy to Jerusalem undermines the two-state solution and japordaizes any future political process. Removing Jerusalem file off the table ends peace prospects .
Jerusalem is an occupied city according to international law, UN resolutions and the British position. he said.