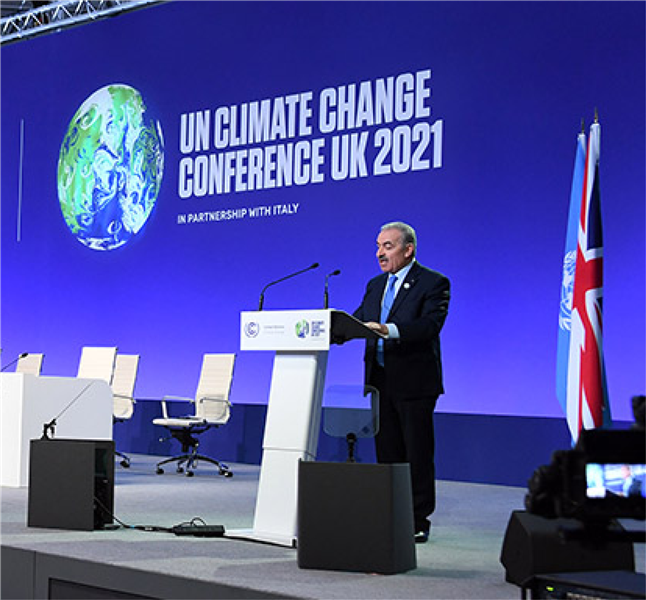 The Prime Minister stated: “Israel's colonial measures that target land, trees, and water resources call for an immediate cessation of these attacks.” “Around  2.5 million trees have been uprooted since 1967. Additionally, Israel annually steals 600 million cubic meters from Palestine's water reservoirs, has been exhausting the resources of the Dead Sea, which threatens to dry it up, and restricting Palestine's access to its shores,” added the Prime Minister. Additionally, the Prime Minister clarified that Palestine was among the leading countries to prepare its national plan for climate adaptation. He added: “Ten years ago, we adopted the Greening of Palestine Program, planted thousands of trees, and set programs to generate energy from solid waste and solar energy.” In conclusion, the Prime Minister said: “In cooperation with our international partners, Palestinians are making a great effort in wastewater treatment and renewable energy. For this to succeed, the Palestinian people must control their land and water along with their national and natural resources.”