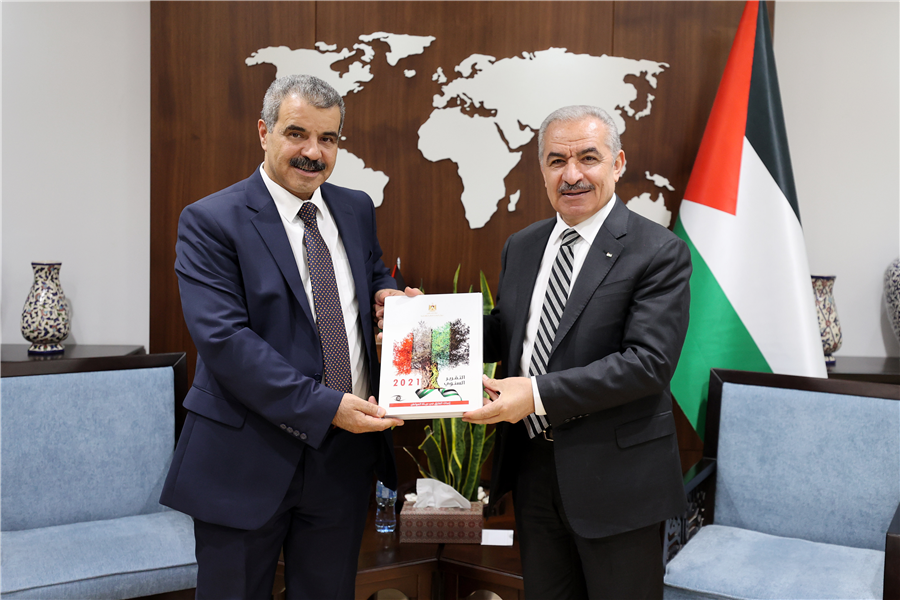 The Prime Minister of the State of Palestine, Dr. Mohammed Shtayyeh, received Wednesday, at his office in Ramallah, The State Audit and Administrative Control Bureau (SAACB) 2021 Annual Report from the head of the Bureau, Counselor Iyad Tayem.

The President of the Bureau briefed H.E. The Prime Minister on the report's main findings and recommendations, stating the bureau's issuance of (106) oversight reports, which were distributed across sectors, most important of which were economic, social, and sovereign.

His Excellency, The Counselor, indicated that SAACB received (274) complaints and statements throughout 2021, (202) were issued while the rest are pending follow-up. Furthermore, the bureau completed (86) complaints from previous years, with a total of (288) handled complaints in 2021, noting that the annual report focused on the citizen-related services sector.

Dr. Shtayyeh commended SAACB's efforts in its oversight and scrutiny of public and private sector institutions, stressing the Government's continued provision of all forms of support and facilitation for the bureau's work and integration of the report's recommendations.