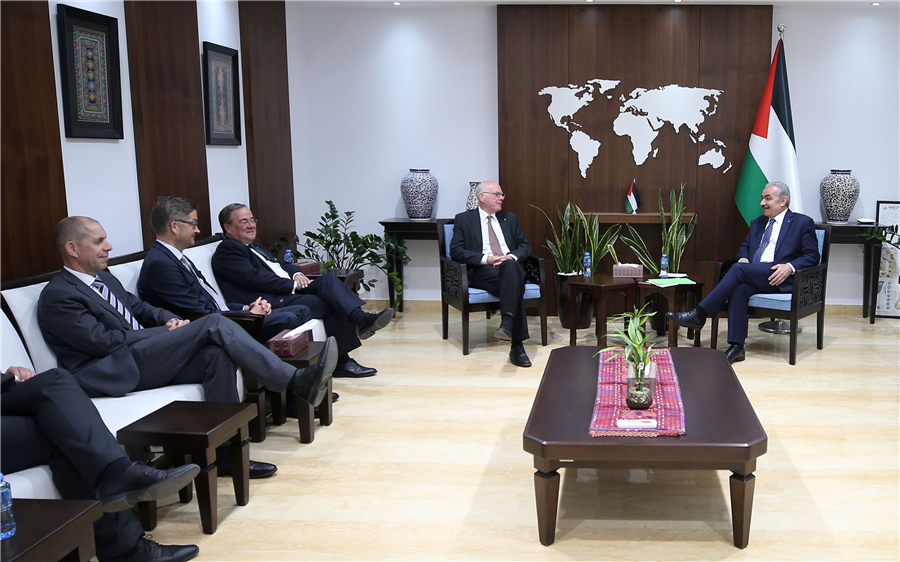 The Prime Minister of the State of Palestine, Dr. Mohammed Shtayyeh, held talks with the Chairman of the German Konrad-Adenauer-Stiftung Foundation Norbert Lammert, at his office in Ramallah Tuesday, in the presence of the representative of Germany to Palestine, Olivier Ovcha.

During the meeting, the Prime Minister reviewed the overall political situation and developments in Palestine and Israel's unilateral actions exacerbating the situation, stressing that the increasing Israeli extremism undermines the chances of peace and destroys the two-state solution.

The Prime Minister said, “We now face a political vacuum, and no one has anything to offer. Earnest international pressure on Israel to abide by reached agreements and halt all its actions is needed.”

The Prime Minister further stated: “Besides violations and Israeli Illegal unilateral actions, Israel prevents us from holding elections in the city of Jerusalem like any other Palestinian city, and puts a Veto in front of the path of democracy in Palestine.”