Prime Minister Dr. Mohammad Shtayyeh Meets with the CEO of the Carter Center 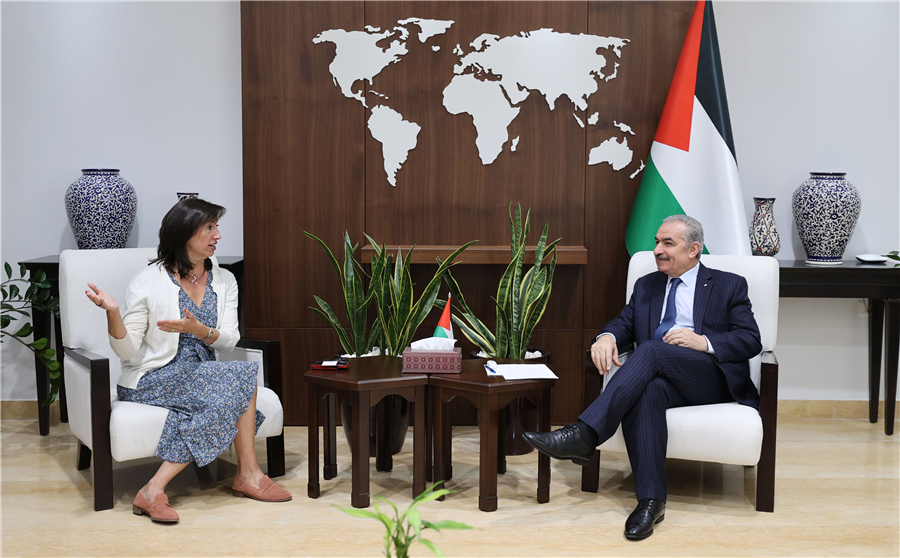 Prime Minister Dr. Mohammad Shtayyeh Meets with the CEO of the Carter Center

The Prime Minister of the State of Palestine, Dr. Mohammed Shtayyeh, welcomed today at his office in Ramallah the CEO of the Carter Center, Paige Alexander. His Excellency discussed with the chief executive the local elections process and the prospects of holding the general elections.

Through his publications and communications network, the Prime Minister called on the Centre to bring pressure to bear on Israel to allow elections in all of Palestine. Dr. Mohammed concluded by pointing out Israel's systematic destruction of every possibility of establishing a Palestinian state through illegal settlement construction and land seizure and that the world must act to preserve the two-state solution.