The Palestinian Prime Minister and the British Delegation: On the UK’s Political and Historical Responsibility towards Palestine and the UK’s Parliamentarian Decision to Recognize It 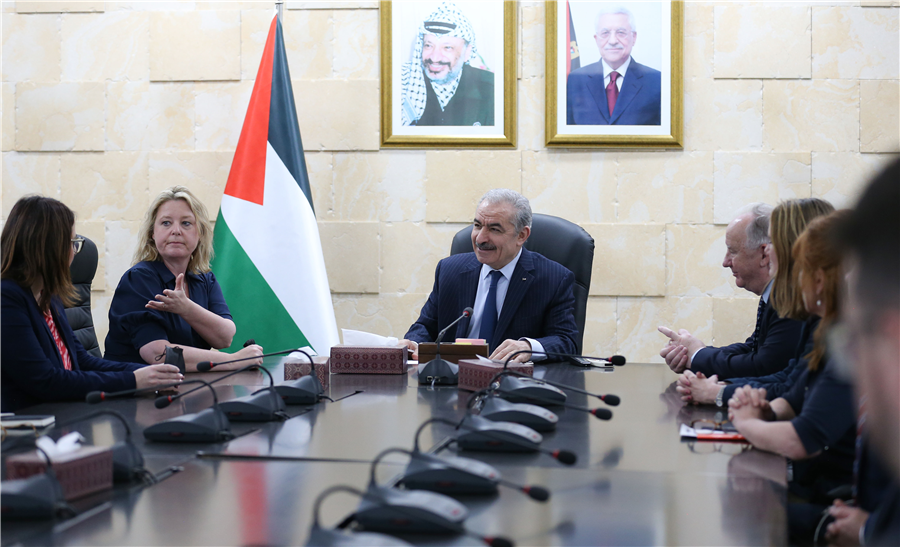 The Palestinian Prime Minister and the British Delegation: On the UK’s Political and Historical Responsibility towards Palestine and the UK’s Parliamentarian Decision to Recognize It

Meeting with a British parliamentarian delegation consisting of 15 Conservative MPs from the UK Conservative Party on Wednesday at his Ramallah office, the Palestinian Prime Minister, Dr. Mohammad Shtayyeh, reiterated his calls for the UK to recognize the State of Palestine.

Britain's recognition of Palestine, he said, would be motivated by a political and historical responsibility to protect the two-state solution amidst continued Israeli policies that aim to destroy every possible opportunity for its embodiment.

Furthermore, Dr. Shtayyeh called on Britain to put pressure on Israel to abide by the signed agreements reached with it and to allow the holding of national elections throughout Palestine, especially in Jerusalem.

His Excellency asserted the necessity of implementing international law on Israel and holding it accountable for its actions and violations against our people, noting that many reports by a number of human rights institutions, in particular, "Human Rights Watch, Amnesty, and B'tselem" stated that Israel was a de facto state of apartheid and legislation.