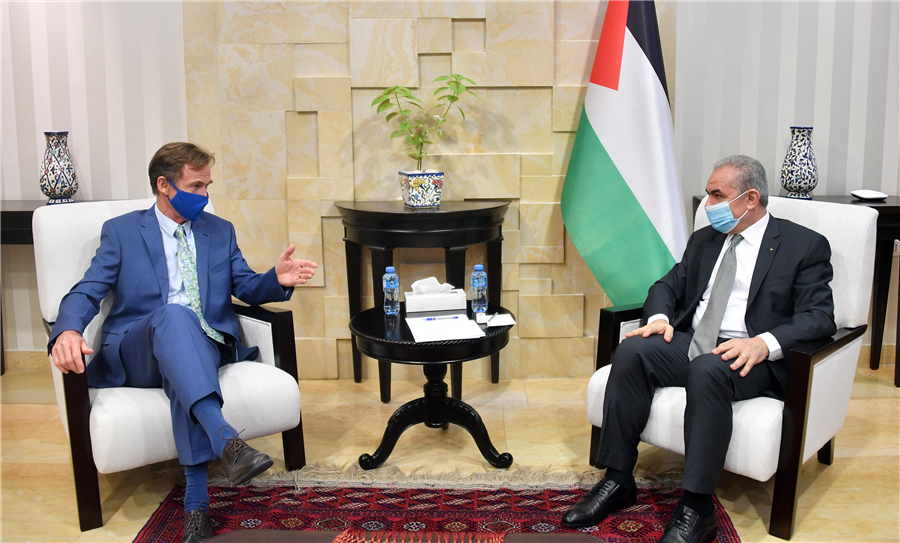 The Price of Continuing the European Support to Palestine

Ramallah – The Prime Minister's Office: H.E. Dr. Mohammad Shtayyeh, the Prime Minister, welcomed in his office in Ramallah, on Saturday, the EU Representative to Palestine, H.E. Mr. Sven Burgsdorff, where they discussed the latest political developments and the efforts made to conduct elections in Palestine.

Shtayyeh emphasized the importance of the European support towards conducting the legislative and presidential elections in Palestine, through sending observers to monitor the progress of the elections process, in addition to ensuring the participation of our people in Jerusalem in the election process, whether by running for elections or by voting.

The prime minister also valued the confirmation of the EU representative regarding the continuation of the support provided to Palestine at all levels and in all fields, whether by continuing developmental projects, and the political support for the Two-States Solutions and the establishment of the Palestinian State with Jerusalem as its capital,. In addition, they discussed the arrangements and preparations of the next donors meeting.