Shtayyeh meets children with cancer and people with disabilities from Gaza 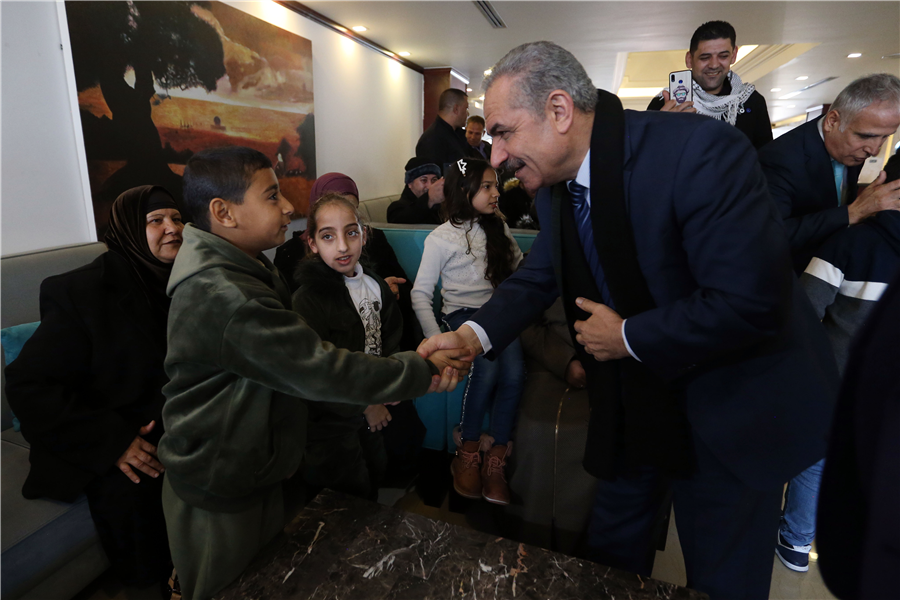 Shtayyeh meets children with cancer and people with disabilities from Gaza

Prime minister Dr. Muhammad Shtayyeh, met today, Tuesday, in Ramallah, a number of children with cancer and cerebral palsy from the Gaza Strip

Shtayyeh reassured the children’s health status, welcoming their visit, stressing that our people in the Gaza Strip are an integral part of our people.

The Prime Minister stressed that the government will provide all forms of support to institutions and associations caring for children with disabilities, in addition to making all efforts to relieve the suffering of our people in the Gaza Strip.

For their part, the children and institutions sponsoring them thanked the Prime Minister for the attention and support the government is doing to provide them with treatment.

It is noteworthy that this is a recreational visit organized by the Civil Affairs Authority, for sick children to alleviate their suffering.