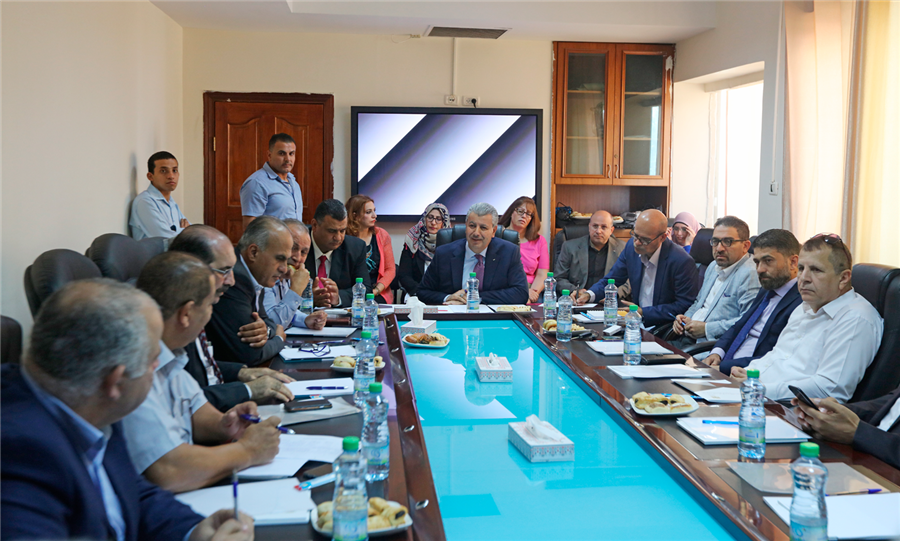 During the meeting, the Secretary General of the Council of Ministers gave a brief presentation on the government's program and its development and strategic plans, stressing that strengthening the steadfastness of the citizen and gaining his trust is one of the most important priorities and objectives of the government. Pointing out that civil society institutions of all spectrums play a pivotal and essential role in this framework and are considered a key player in the local and international arena.

He stressed that the government is looking forward to establishing a strong complementary relationship with civil society organizations, in accordance with the national policy agenda and programs of the government's reform and development plans, adding that all relevant sectors were involved in the formulation of the action plan for the Ministry of Culture, the Ministry of Women affairs and soon the Ministry of Entrepreneurship and Empowerment.

In turn, the audience praised the government's positive speech, and stressed the importance of the letter of assignment and the executive steps that followed, stressing that such targeted meetings should serve as a basis for developing a joint cooperation plan according to serious and real mechanisms based on openness and mutual trust Calling on the government to approve the The Right to Information Act and facilitate its implementation without restrictions. Support the media sector to strengthen its international narrative and improve the level of official media visibility represented by Wafa News Agency and Palestine TV. Soften the governmental procedures imposed on the establishment of associations, especially with regard to bank accounts; Some banks refused to open bank accounts to the associations due to Israeli dictates. Harmonization of trade and economic laws with donor countries' plans, Harmonizing Palestinian legislation with international conventions. The government has taken a number of measures to strengthen the resilience of farms, especially in the upcoming olive harvest season, and prevent the fall of oil prices because of smuggling and import from abroad. Protect and support the educational process, protecting agricultural lands from Israeli targeting; and strengthening the presence of civil society institutions in the international arena and human rights councils.

At the end of the meeting Dr. Ghanem stressed that all subject discussed in this meeting will be transformed into a joint action plan and will be built on trust, cooperation and partnership