The Prime Minister, The ‘S&D’ EU Parliament Delegation, and The BDS 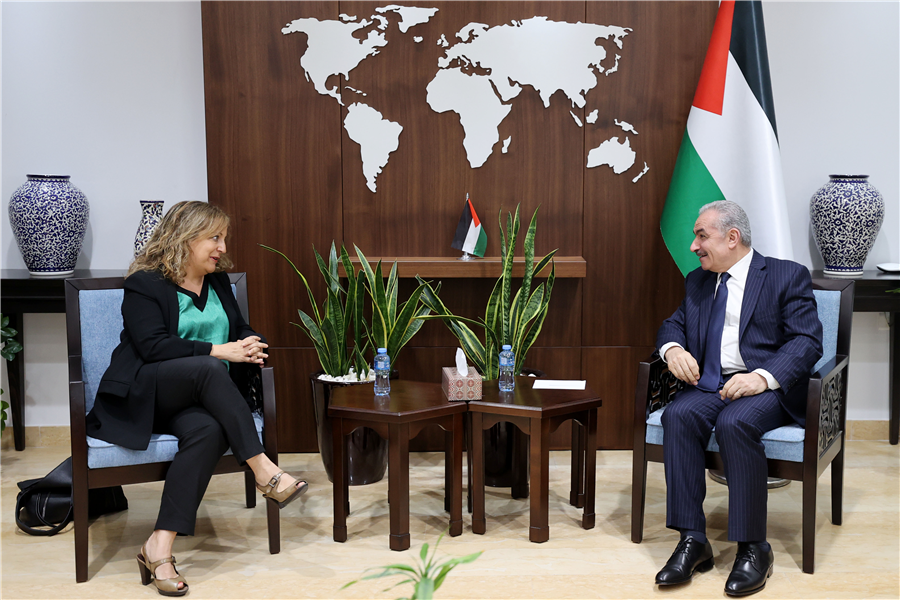 The Prime Minister, The ‘S&D’ EU Parliament Delegation, and The BDS

The Prime Minister of the State of Palestine, Dr. Mohammed Shtayyeh, held talks with the President of the Progressive Alliance of Socialists and Democrats (S&D), Iratxe García, Monday, at his office in Ramallah, in the presence of several members of the EU parliament and the European Union's representative in Palestine, Sven Kühn von Burgsdorff.

His Excellency discussed with Mrs. García the most recent political developments in the situation in Palestine, stressing, during the meeting, the need for a movement within the European Parliament for the recognition of the State of Palestine and pressuring Israel for the suspension of all its unilateral actions and violations against the Palestinian people.

Dr. Shtayyeh called on the EU Parliament to bring pressure to bear on Israel to permit the general elections to be held in Palestine, including Jerusalem, in accordance with the reached agreements.

Valuing the EU's partnership-friendship-based support for Palestine, the Prime Minister called on the EU Parliament to take earnest steps and move from flagging illegal settlement products to boycotting them.