H.E. The President of The State of Palestine, Dr. Mahmoud Abbas, Presides The 165th of The Council of Ministers 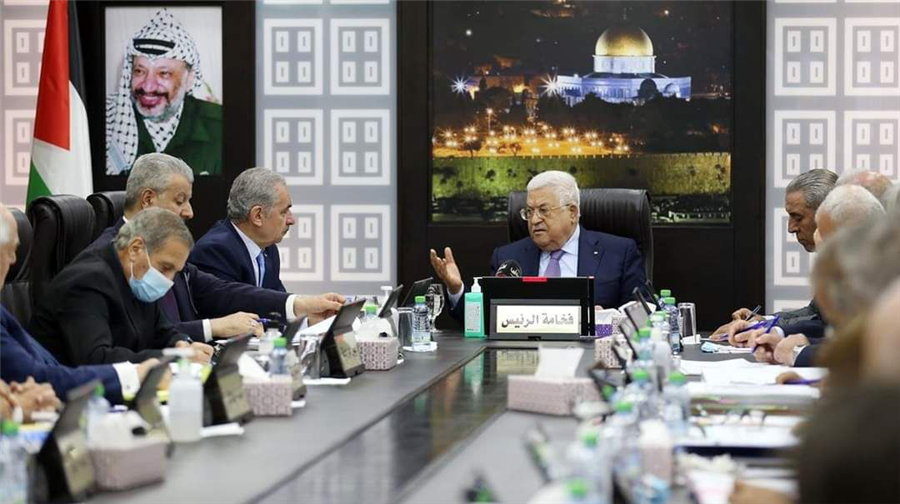 H.E. The President of The State of Palestine, Dr. Mahmoud Abbas, Presides The 165th of The Council of Ministers

His Excellency, The President of the State of Palestine, Dr. Mahmoud Abbas, chaired the 165th meeting of the Council of Ministers. The Secretary-General of the Executive Committee of the Palestinian Liberation Organization (PLO) and the member of the Central Committee of the Fatah Movement, Mr. Hussein Al-Sheikh, the President's Diplomatic Adviser, Ambassador Majdi Al Khalidi, and the Head of the Office of the President, Mrs. Intisar Abu Amara accompanied H.E. The President.

The President of the State commended the Government's efforts and visits to be informed firsthand of the concerns of the Palestinian citizens in the country's various governorates. The latest of such visits was to Musaffer Yatta, a visit significant in enhancing the steadfastness of Palestinians on their land and affirming that the Palestinian leadership stands by the people in the face of illegal settlement construction and the iniquitous occupation.

Mr. President assured the council of his adherence to Popular Resistance in all its forms. The Resistance, which is bothering the Occupation with all his arrogance. Dr. Abbas guided the government to make every possible effort to optimize citizens' services, specifically in developing agricultural, industrial, and renewable energy fields.