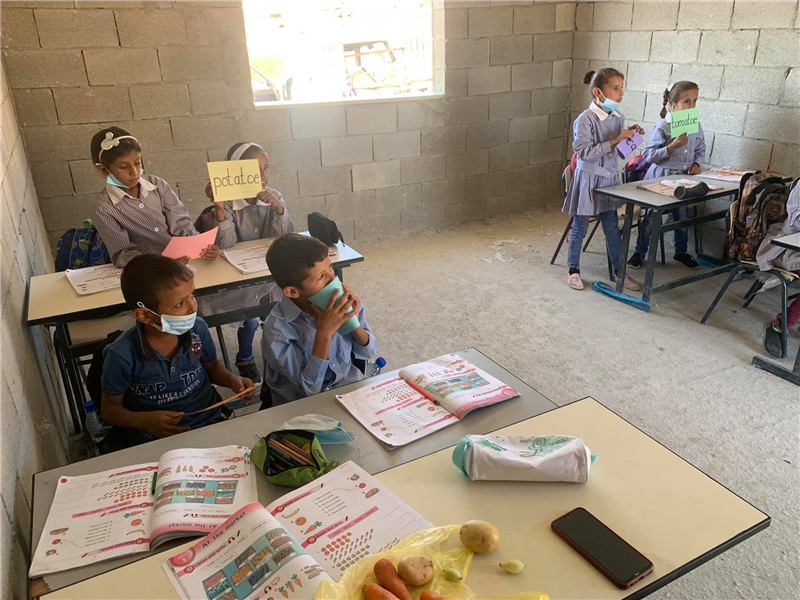 Ramallah – The Prime Minister's Office: On Thursday, the Prime Minister's office called upon all international, rights and humanitarian organization and friendly states to intervene in order to stop the demolition danger of Ras El-Teen School east of Ramallah by the Israeli occupation. The school is at the risk of being demolished as the Israeli Civil Administration managed to cancel and nullify the judicial order that prevented the demolition of the said school.


The Prime Minister's office explained that the demolishing of the school is considered to targeting the efforts of donor countries put in to establish the Palestinian institutions and providing the infrastructure to serve the Palestinian society. Knowingly, the school, which is affiliated to the Ministry of Education, has been recently established and built with a joint funding from France, Finland, Italy, Luxemburg, Ireland, Spain, the UK and Sweden.

Moreover, the school provided services for 50 students from first grade up to the fifth grade, in Ras Elteen Bedouin Locality, which is classified as Area C and composed of 35 households that are living in a private land rented from Palestinian households from the near villages of Kufr Malik and Al-Mghayer.

Furthermore, the school has already faced two confiscations for construction implements, materials and tools by the Israeli Civil Administration during the past two months. A demolition order was issued against the school while it was still under construction. Then, a petition was submitted to appeal the demolition order; hence, an interim order was issued preventing the execution of the demolition until Wednesday, October 7th, 2020.

The school year was launched in the school few weeks ago despite the fact that the school did not have doors, windows, toilets, water or electricity, which were not provided due to the Israeli orders issued against the school.