H.E.Dr. during his meeting with the Negev Notables 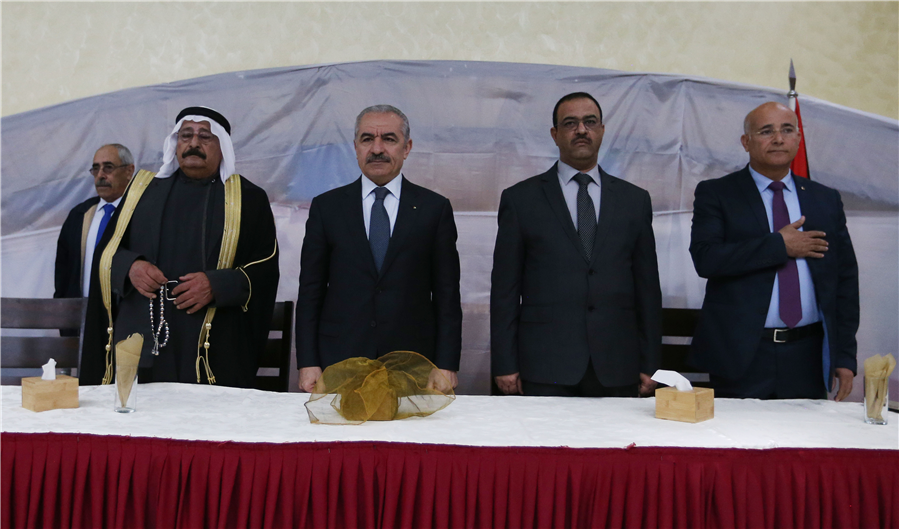 H.E.Dr. during his meeting with the Negev Notables

This was during his meeting with the Negev notables in his office in Ramallah, today. In the presence of Mohammed Madani the member of the Central Committee of Fatah, and a number of official and religious figures.

On behalf of President Mahmoud Abbas, Dr. Ishtayeh welcomed the delegation, informing them of the latest political developments, and efforts exerted to hold general elections and prepare for them.

The Prime Minister paid tribute to our people living in the territories of 19 48, noting the importance of their efforts in the recent Knesset elections, by raising the percentage of voters in favor of the Arab list.

Ishtayeh said: “We will remain keen on our history and our land, whatever the political nomenclature and equations that reject themselves” ``While we are fighting for our freedom and independence, we also want our people in the territories of 1948 lands to have equality, and our hearts will remain open to them. ''