Summary of Key Remarks by Prime Minister Dr. Mohammad Shtayyeh Ahead of the Cabinet 170 Meeting 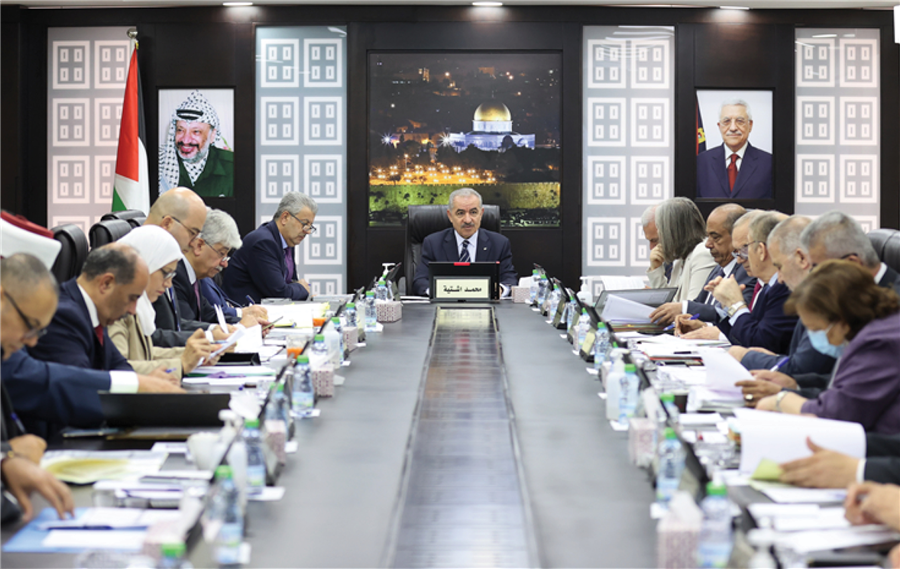 During this meeting, the Cabinet will discuss the repercussions of the Israeli aggression on the Gaza Strip, and the needs of the health sector in the strip.

This barbaric aggression against the Gaza Strip, which is accompanied by incursions into the Al-Aqsa Mosque compound, and invasions of Palestinian cities, is not only an electoral propaganda in Israel, but also is a systematic act of aggression carried out by a malevolent machine whose goal is to strike our cohesion and sow despair in the hearts of our people, and strike our national project of liberation and ending the occupation. We will remain faithful to Palestine and to our liberation project towards the embodiment of an independent State of Palestine.

Today, the UN Security Council will  hold an emergency meeting on Palestine. We hope that this meeting will rise to the level of the suffering of our people, and reach an implementable decision based on providing international protection for our people. Whoever defends Israel's aggression against our people is a partner in this aggression.