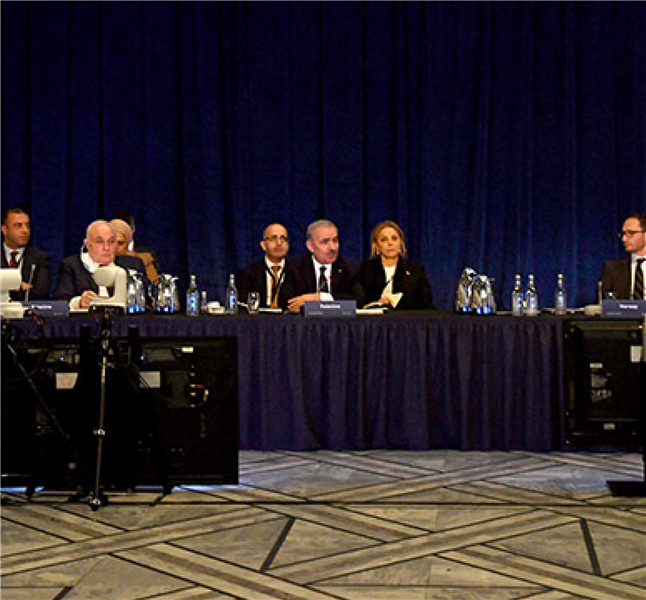 Oslo- Prime Minister's Office: Prime Minister Dr. Mohammad Shtayyeh addressed the AHLC Meeting, stating: “We want assistance from the international community to get out of the bottleneck. We live a deteriorating daily reality due to Israel’s continuing occupation, a difficult financial situation, a political vacuum, and the consequences of the pandemic.”

“Every day, we witness more illegal and illegitimate settlement expansion, more checkpoints, more killings and arrests, land confiscations, settler violence, the separation of Jerusalem, and the siege on Gaza,” the Prime Minister added.

“We suffer a sharp decline in international aid, the unjust Israeli deductions of Palestinian tax revenues, as well as the economic consequences of the coronavirus. The current financial crisis is structural, and the occupation bears responsibility for it.” the Prime Minister clarified.

The Prime Minister also urged the donor countries to fulfill their financial commitments to the Palestinian government and to increase their aid. Dr. Shtayyeh also welcomed any Israeli steps to improve the economic and living conditions of the Palestinian people but only within a political framework that puts an end to the occupation.

During the meeting, the Prime Minister briefed the 27 participant countries on the steps adopted by the Palestinian government to reduce expenditures, raise revenues, and reform institutions. The Prime Minister explained: “Israel is pushing us into a state of apartheid, and this is what Human Rights Watch report clearly stated.”

The Prime Minister also referred to the Israeli rejection of the holding of Palestinian elections in Jerusalem as stipulated in signed agreements.

The Prime Minister said: “It is not possible to separate Gaza from the Palestinian reality and bargain economy for security. A comprehensive solution to the Palestinian issue is required. The Gaza Reconstruction process must be within a political framework so that it won’t be a preparation for new destruction.” The Prime Minister called for an end to the Israeli measures that systematically destroy the two-state solution and urged for the recognition of the State of Palestine.

Dr. Shtayyeh expressed his appreciation to Norway for hosting and chairing the meeting, participants, and all related parties that submitted reports to the meeting.