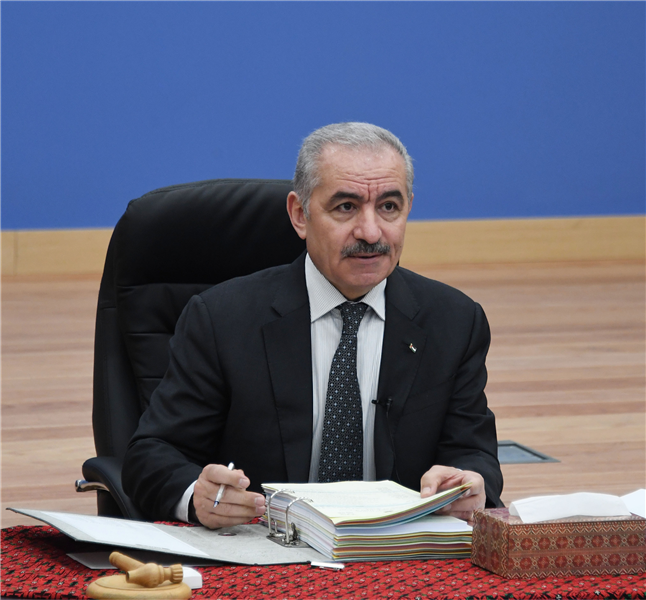 Today, Jerusalem, the prophets' city and the place from where Prophet Mohammad ascended to heaven, presents the most significant forms of sacrifice, redemption, and loyalty. Jerusalem today is reborn with the arms of its men and women, young, elderly, and children, who ignited

its streets and alleys with their cries for freedom to restore hope in the lanterns of its Arab, Islamic, and Christian identity.

- We hold the Israeli government responsible for the settlers' attacks on  Al-Aqsa Mosque Compound. We condemn the racist slogans chanted against our people in occupied Jerusalem and attempts to obliterate the city's identity and alter its character. Therefore, scenes emerging from the alleys of Jerusalem's  Old City during the past few days affirm that Jerusalem was and will remain an Arab and Islamic city.

-Israel's actions against our people in Jerusalem, the siege of Gaza, the settlers' terror, and legalization of settlements amount to war crimes. They are worse than any racist regime in history. The Israeli society must wake up and open its eyes, and the international community must take our pain seriously.

-The Palestinian leadership, headed by H.E. President Mahmoud Abbas, will convene on Thursday to discuss the issue of elections and its related developments.

-The citizens' adherence to preventive measures during the past weeks has led to a decrease in the epidemiological curve. With the continued provision of vaccinations to the most vulnerable groups (the ill and elderly) in addition to the educational staff, the Cabinet will discuss facilitating further procedures related to places of worship while maintaining preventive measures imposed by the Ministry of Health.

-We extend our condolences to brotherly Iraq, the President, the government, and the people, for the victims of the fire incident that killed several patients in a COVID-19 hospital in Baghdad.

-We are saddened at the loss of lives of Palestinian victims: a mother and her three children due to a fire incident in Surra village (Nablus). May their souls rest in peace.

-At the direction of H.E. President Mahmoud Abbas, we announce today the launch of establishing "Sama Krntl" city" project in Jericho. The city, to be built on 6,600 dunams, will accommodate about 15 to 20 thousand people. By utilizing the latest modern science in sustainability, the city will preserve the environment, provide energy, and exploiting renewable resources. It will give attention to green spaces, biodiversity, and other concepts that seek to achieve sustainable and comprehensive development and a vibrant residential environment to present an urban model that suits the sacrifices of our successive generations to reach a modern state model.

- On the occasion of Labor Day, marked on 1 May, I salute all workers and wish them safety. In this context, the Cabinet will discuss raising the minimum wage for workers, which now stands at 1,450 NIS.