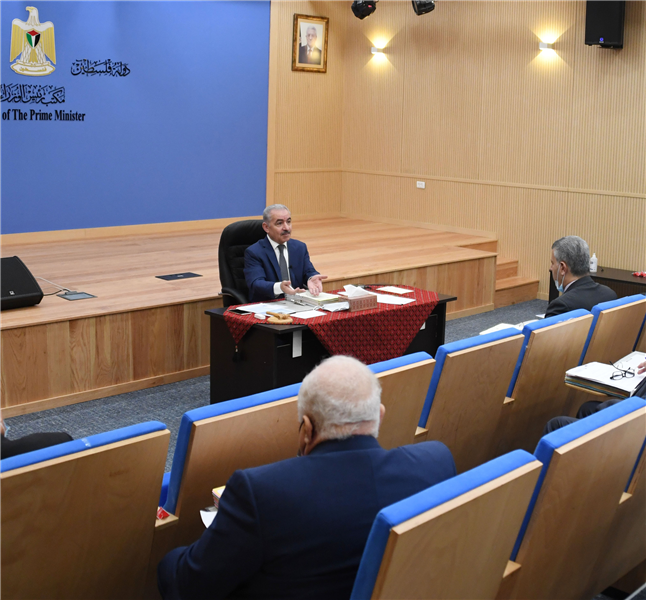 Israel's colonial settlement expansion in the occupied Palestinian territory is witnessing a new leap, which carries serious dangers that will undermine all international efforts towards the independence of the State of Palestine on the 1967 borders, with East Jerusalem as its capital. In this context, we call on the new US administration for an immediate, serious, and effective intervention to curb the Israeli colonial expansion, including plans to establish more than 12,000 settlement units in the West Bank (involving 540 settlement units in Jabal Abu-Ghneim, south of occupied Jerusalem), and a draft law at the Israeli Knesset to legitimize Israeli settlement outposts. All in violation of the UNSC resolutions on settlements, prominently UNSCR 2334.
We condemn the ongoing attacks on the Al-Aqsa Mosque Compound and the assaults by the occupying forces on worshipers - this constitutes an introduction to the temporal and spatial division of the Mosque, and we will continue to confront that.
We also condemn the occupation authorities' arrest of several candidates for the elections in occupied Jerusalem and the prevention of holding a press conference for factions that will participate in the legislative elections on 22 May.
Along with our international partners, we continue our efforts to remove Israeli obstacles and facilitate holding the elections in the holy city of Jerusalem. Accordingly, our Foreign Minister is visiting Brussels to mobilize the international community to support our position regarding the holding of the elections in Jerusalem.  We are confident that our international partners will assist us in overcoming the obstacles that may hinder its holding in Jerusalem per the same mechanisms in 1996, 2005, and 2006.  Here, I confirm that the government has done everything needed to succeed in the elections and the democratic process.
The Palestinian Prisoners' Day, marked on 17 April, is a confirmation and a reminder for international human rights institutions to continue working towards releasing the prisoners, particularly the ill, children, and women, who suffer from prison brutality.
Despite the international competition to purchase vaccines, we have reserved quantities of vaccines that would enable us to reach herd immunity. In addition to currently available vaccines, we are waiting for additional batches to arrive within a few weeks to prioritize the most vulnerable groups (the ill and elderly) in addition to the educational staff.
On behalf of the Cabinet, I extend our appreciation to King Salman Humanitarian Aid and Relief Centre for its assistance and to the Jordan Hashemite Charity Organization for its efforts in facilitating the arrival of this aid to the Ministry of Endowments, to distribute in the coming days through the Zakat Committees.
With Firas Milhem, the Governor of Palestine Monetary Authority, I am pleased to announce the expansion and development of the Estidama (sustainability) Fund. The Fund is managed by Palestine Monetary Authority and aims to finance economic sectors within standards that enable broader segments to benefit from it, thus actively contributing to economic development in line with the government's development plan.
The fund finances projects in the health, e-education, and digital transformation sectors and encourages growth and enhances the role of micro-finance institutions.  Estimated at USD 435 million, the Fund will contribute to the economic recovery from the COVID-19 pandemic and various economic projects and sectors towards encouraging economic growth, increasing the production cycle, creating job opportunities, and directing funding for projects- all in line with the government's orientation to invest in the cluster- based development particularly in agriculture, renewable energy, and empowering young and women entrepreneurs.
The government will also provide an amount of USD 4 million to guarantee the loans provided to micro-enterprises.