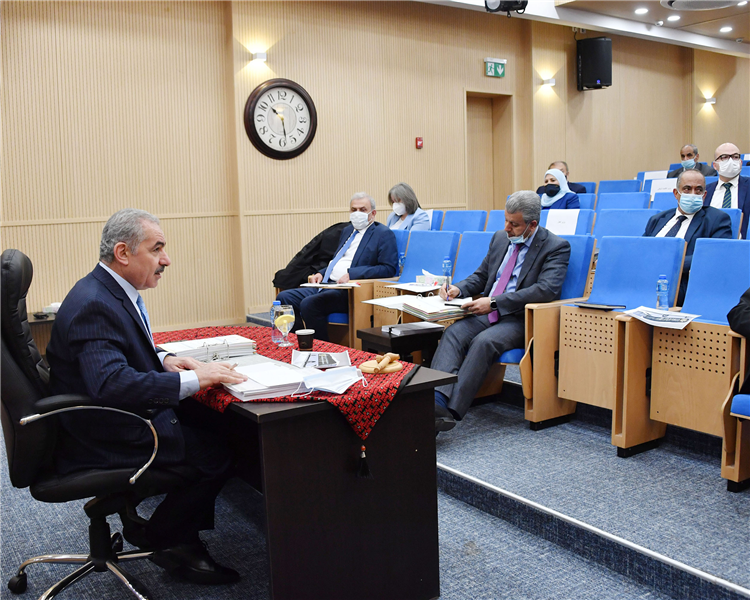 Last week, we were disturbed (with the news) about several pro-Israel lobbying groups and research centers promoting not using the word 'Palestine' in some of their conferences and seminars. Also, some Zionist groups arranged forums for this purpose. Our Palestinian communities and friends in Europe and the world have thwarted such attempts to affix the label of anti-Semitism to those criticizing Israel and those supporting Palestine.

We have also noticed a new incitement campaign against the Palestinian curriculum, prisoners, and martyrs. We consider this as part of the systematic propaganda promoted by Israeli accomplices to undermine our national identity. The Palestinian curriculum is the product of our history, culture, struggle, religion, and civilizational contribution over thousands of years, which has not been dismissed at the negotiations table and will not be waived in the curriculum. Jerusalem is the capital of the State of Palestine in the curriculum, the politics, the economy, the one society, and the one nation.

If some want to link their aid to us with this, then we will finance the printing of our books from the water, telecommunications, and electricity bills if necessary. We want a national curriculum that reflects our reality, future vision, scientific and technological progress, strengthens steadfastness and reflects our society with its pluralistic spirit and democratic approach.

I salute the security forces for their efforts, courage, and dedication in protecting civil peace and the rule of law to combat the coronavirus and ensure our citizens' safety in all Palestinian governorates.

Concerning the COVID-19 vaccines, the Ministry of Health will adopt the scale recommended by the World Health Organization (WHO) in terms of priority for people to get vaccinated, noting that the vaccination will not be compulsory but somewhat optional.

The United Nations General Assembly has adopted six resolutions in favor of the State of Palestine for the right to self-determination and sovereignty over our land and resources. We extend our heartfelt appreciation to all countries that voted for our people's rights.

The Israeli government is trying to legalize several settlement outposts. We are aware of such methods; the colonies begin with an extremist's caravan that seizes the land under the Israeli army's protection.  (This caravan) then expands during any election campaign. Afterward, the Israeli government would recognize this outpost and provide it with money and other privileges. Settlements/ Colonization, in all its forms, is illegitimate, illegal, and will fade.