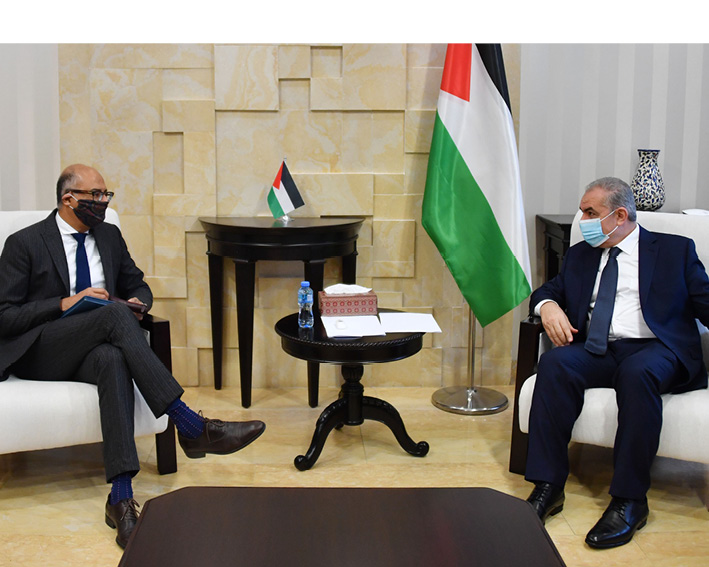 The Prime Minister Dr. Mohammad Shtayyeh today conducted two separate meetings. He met in his office with the Australian Representative to Palestine, Mark Bailey, and with Dame Barbara Woodward, the Permanent British Representative to the United Nations, via video- conference.

During his meetings, the Prime Minister urged the international community to engage with the new US administration and to place the Palestinian cause among its priorities through a serious political project, based on international law and within a multilateral framework, to end the Israeli occupation.

The Prime Minister stressed that the recognition of the State of Palestine on the borders of June 1967 with Jerusalem as its capital is key to break the imposed status quo by Israel that has been systematically destroying  the two-state solution through settlements, land confiscation, and other violations of international law and United Nations resolutions.