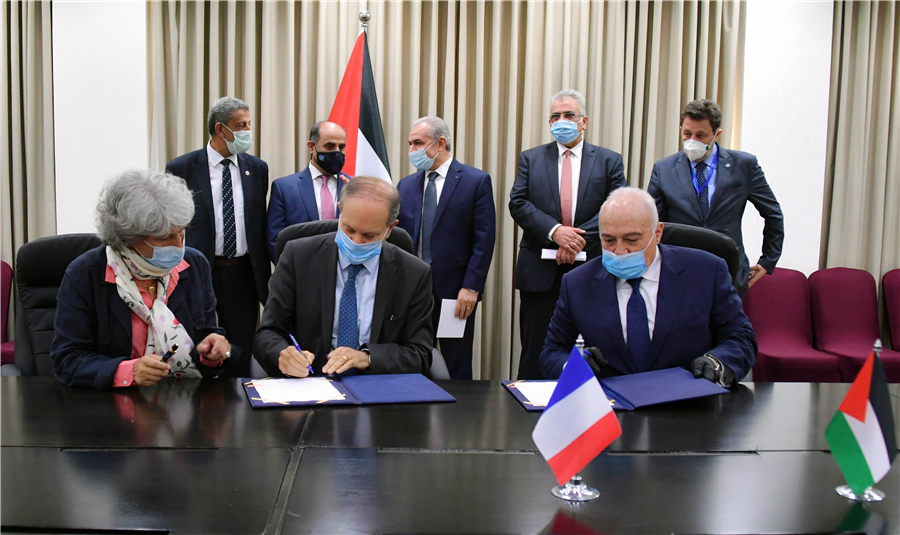 Under the patronage and in the presence of the Prime Minister Dr. Muhammad Shtayyeh, the government represented by Minister of finance Shukri Bishara, Minister of Agriculture Riad Al-Atari, President of the Water Authority, Mazen Ghoneim, and the French Development Agency represented by its director in Palestine Catherine Bono signed an agreement for a project for water and agriculture in the Gaza Strip funded by the Green Climate Fund, at a value of 24 million euros in the Gaza Strip

In the presence of the French Consul General in Jerusalem Rene Trokaz, the head of the Environmental Quality Authority, Jamil Mutour, and from the Food and Agriculture Organization, the FAO Shiro Fiorillo.

The project aims to reduce the effects of high temperatures, low rainfall and a high level of drought due to climate change, by making use of additional quantities of alternative water sources that can be used for sustainable agriculture, among the most vulnerable residents in the Gaza Strip.

The Prime Minister said: "The project is important to us, and it is the first time that Palestine benefits from this fund, and it came at an appropriate and important time, and I thank all the teams involved in it."

For his part, the French Consul reiterated his country's commitment to continue providing support to the Palestinian people, through development projects that bring stability, peace and improving the lives of citizens.