Under the patronage and presence of the Prime Minister French support agreement of 10 million euros for health, water, energy and civil society institutions 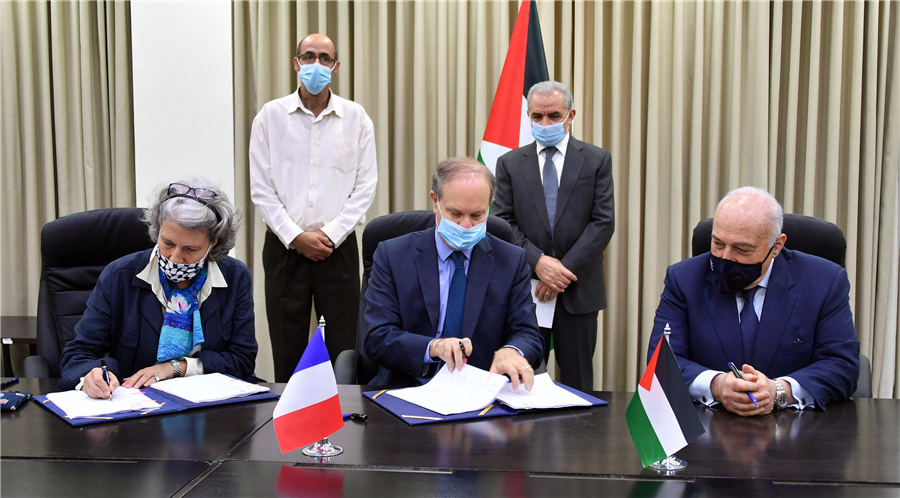 Under the patronage and presence of the Prime Minister Dr. Muhammad Shtayyeh, the Palestinian government, represented by the Minister of Finance, Shukri Bishara, signed with the French government represented by the French Consul General Renier Trokaz, and the Director of the French Development Agency in Palestine AFD Catherine Bonnard, a support agreement worth 10 million euros for the benefit of health, water, energy and civil society institutions, on Thursday, In the office of the Prime Minister, Ramallah.

The Prime Minister said: "This agreement today is worth 10 million euros provided by the French government, and we value this assistance. Our relationship with France is not only financial support, but we appreciate it and thank it for its position on the Palestinian issue, whether in the United Nations, or in the European Union, especially its clear stance against Israel's attempts to annex. "

Shtayyeh added: "The agreement includes several issues, 1.3 million euros will be spent to help the Ministry of Health to purchase some medicines and equipment to tackle the" Corona "virus, and part of the amount is provided to help civil society organizations, in addition to a study on water and alternative energy in the Tubas and Yamoun region, as these are Sectors are our priority.”

For his part, the French consul said: "We stand with you in this difficult circumstance to face the Corona pandemic, and we continue to support various sectors such as renewable energy, in line with your priorities in development plans."