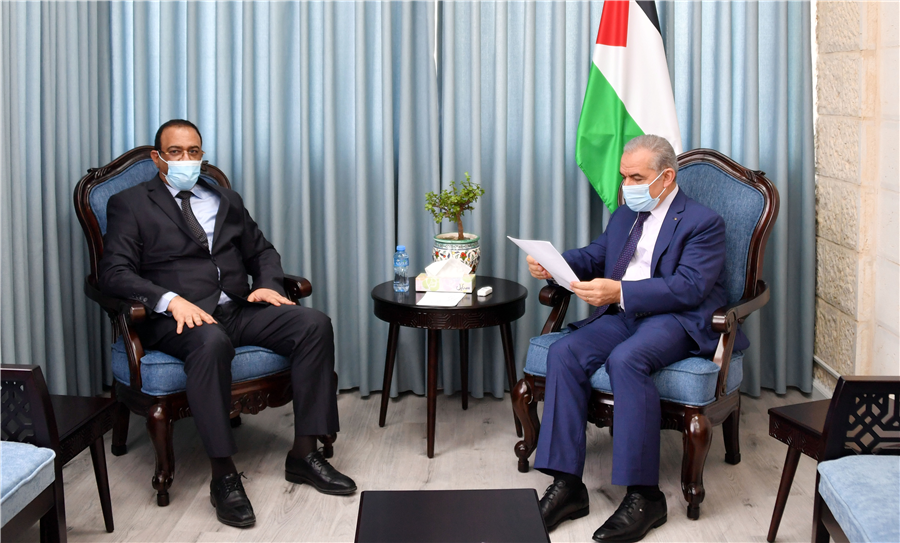 Prime Minister Dr. Muhammad Shtayyeh, received today, Sunday, in his office in Ramallah, the annual report of the Anti-Corruption Commission for the year 2019, and the national cross-sectoral strategy to enhance integrity and fight corruption, from the president of the authority Dr. Ahmed Barak.

Shtayyeh reviewed through the head of the commission the most important contents of the report, which included the volume of cases that were examined by the judiciary and the corruption crimes court during the year 2019, and complaints and complainants and their various distributions as well.

The Prime Minister praised the Anti-Corruption Commission for its efforts to combat corruption and corrupt people, and the remarkable development in increasing oversight mechanisms, through the policies and programs implemented by the Commission.