Shtayyeh: "Al Quds Electricity" has passed through a crisis that has nearly crippled it, and has eliminated threats to cut power 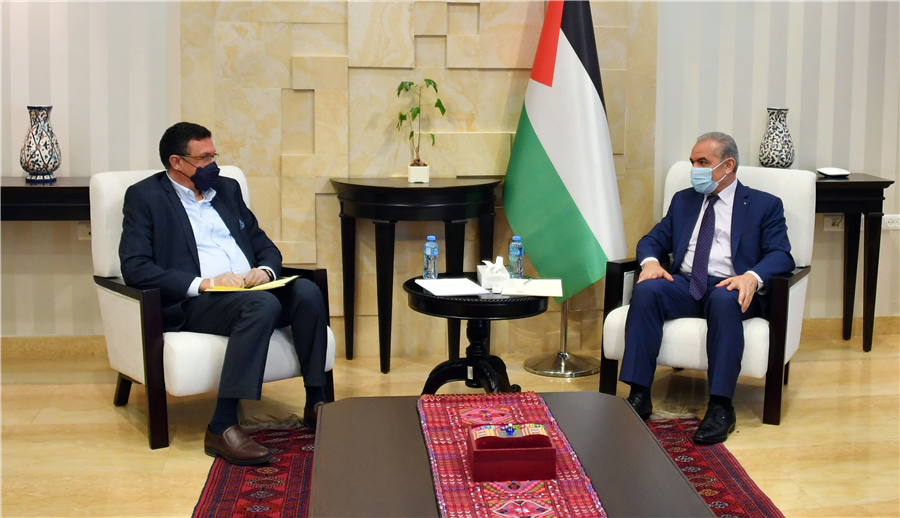 Shtayyeh: "Al Quds Electricity" has passed through a crisis that has nearly crippled it, and has eliminated threats to cut power

The Prime Minister Dr. Muhammad Shtayyeh was briefed from the Board of Directors of the Jerusalem Electricity Company and its General Manager Hisham Al-Omari, on the status of the company and the possibilities of developing its work by operating new stations

The Prime Minister praised the company’s efforts to liquidate its debts with the Israeli-Qatari Electricity Company, after receiving a loan from the banks to collect the debt from this accumulated debt and the Israeli threats to cut the current.

Shtayyeh said, "It is important for us to cross this crisis that has almost ravaged the company, so that Jerusalem Electricity will continue as an effective national institution in Jerusalem, and provide service to citizens in its places of excellence and work."

The Prime Minister urged the company to implement the reform program within it to prevent the recurrence of the crisis and the accumulation of debt, stressing that the government will fulfill its obligations to the company in fulfillment of Jerusalem and its institutions.

For his part, Al-Omari thanked the Prime Minister and his office staff for his continuous interest in proposing solutions and sponsoring their implementation, which enabled the company to cross this crisis.