The Prime Minister chairs a meeting for the High Emergency Committee 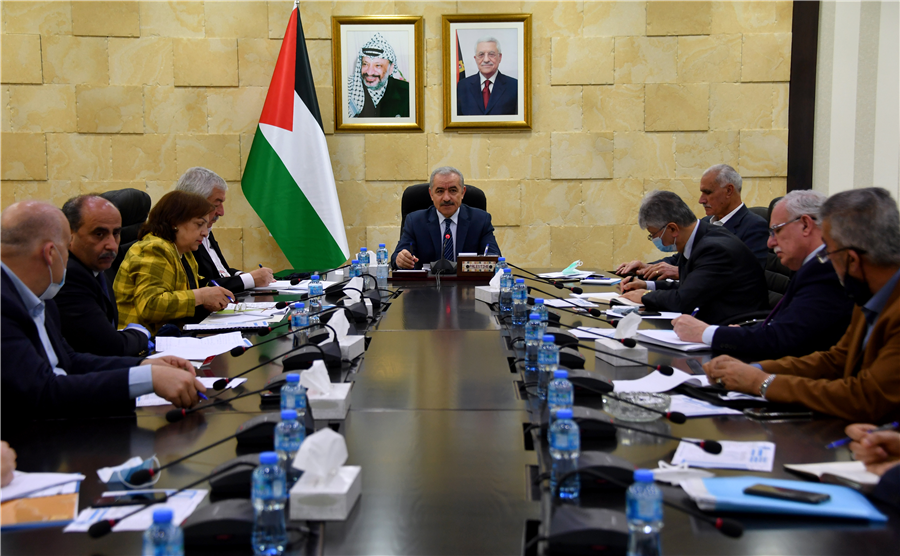 The Prime Minister chairs a meeting for the High Emergency Committee

The discussion of the  proposals and suggestions will be completed and presented to the President.

The High Emergency Committee, presided by H.E. the Prime Minister, Dr. Mohammad Shtayyeh, discussed in its meeting, on Sunday at the Prime Minister’s office, some studied economic facilitations during the emergency, with maintaining the current health and security measures.

Moreover, the Prime Minister said: “Any new measures and the possibility of allowing some economic sectors to operate again will not be alternatives for the current measures, but will be complementary for such measures. Those measures are still proposals and suggestions that we will continue discussing them with the security committee and Council of Ministers, before finally drafting them and presenting them to H.E. Mr. President.”

Accordingly, the Minister of Health, Dr. Mai Al-Kaila, presented the reports and recommendations of the Committee of Health and Pandemic. She also informed the committee  on the pandemic status in Palestine, that is still recording an ascending infection cases curve, especially in terms of the cases recorded in the occupied Jerusalem. Hence, she confirmed that it is necessary to maintain the closing procedures between the governorates to avoid  transferring the infection from one governorate to the other.

On the other hand, the Minister of Social Development, Mr. Ahmad Majdalani, presented the features and the numbers of the newly registered households in the aids forms for new poor households, that the ministry previously announced for, where it observed a significant increase in the number of those households.

Consequently, the meeting recommended to determine “The Bank of Names” for the poor households registered at the Ministry of Social Development, as a source of the different donating bodies, in order to approve it in distributing food supplies packages for the poor, in order to achieve the maximum level of justice and avoid repeating the beneficiary names.

Lastly, the meeting recommended the necessity to raise more funds to increase donations made to “Wakfet Izz” Fund, which is led by the private sector to support the poor/needy families, whose income was badly affected due to the pandemic.