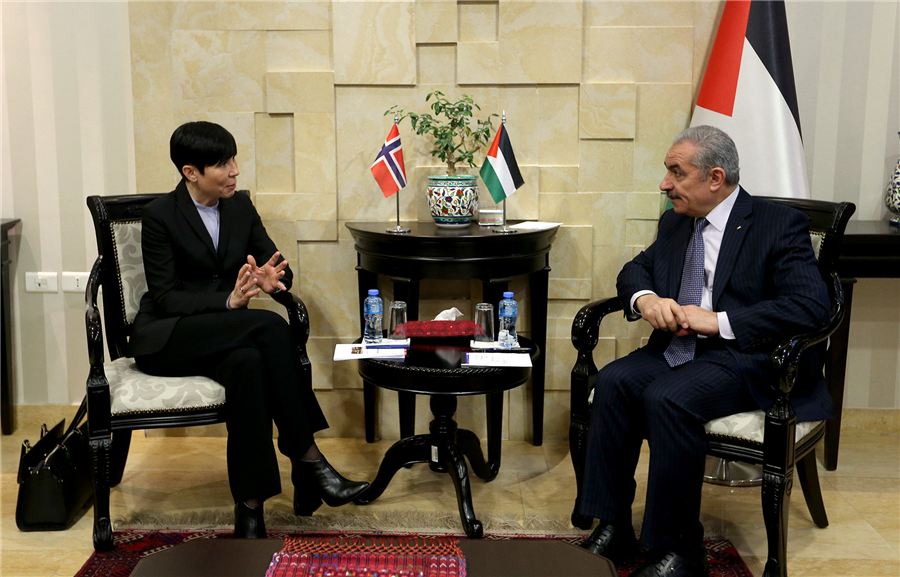 The Prime Minister Muhammad Shtayyeh received, today, Thursday in his office in Ramallah, Norwegian Foreign Minister Eni Marie Eriksen, where he discussed with her the latest political developments and developments in the situation, especially with regard to the American century deal.

The Prime Minister stressed that the US plan is only dictates and not subject to discussion, and will not be accepted, noting that the United States has not and will not find a partner for it to implement the plan, neither in the European Union nor the Arab countries.

Shtayyeh said: "An international group that is a sponsor of peace and negotiations should be established on the basis of the Arab peace initiative, the principles of the European Union, United Nations resolutions and international legitimacy, of which the United States will be a part."

The Prime Minister called for European countries to recognize the Palestinian state, especially after the failure of the "American deal", in order to preserve the two-state solution from fading, and to confront occupation plans to annex parts of the West Bank to Israel.

Shtayyeh appreciated Norway's statements and stance regarding the deal of the century, and its commitment to the two-state solution, UN resolutions and international law