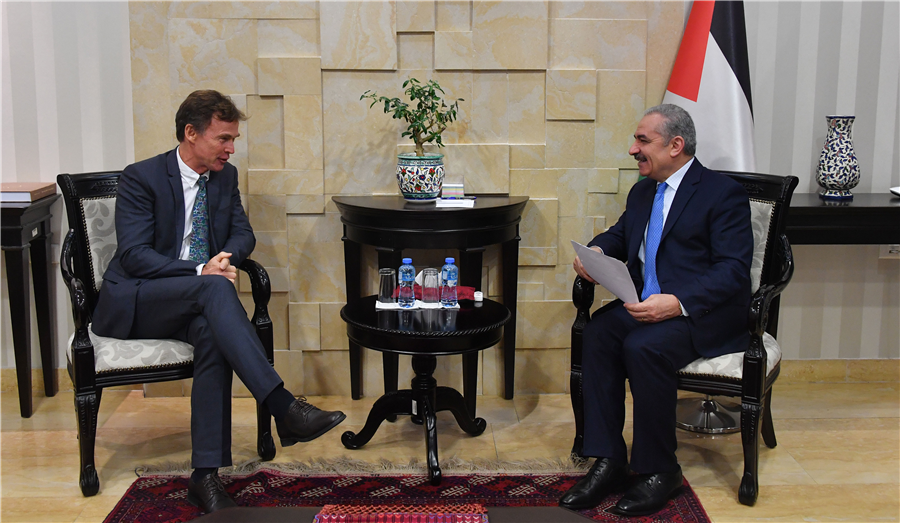 Prime Minister Dr. Muhammad Shtayyeh called the European Union to fill the void resulting from the failure of the American proposal, which sided completely with Israel.

This came during his meeting today Wednesday in his office in Ramallah, the new European Union representative to the State of Palestine, Sven Cohan von Burgsdorf.

Shtayyeh congratulated Burgsdorf on his new position, and wished him success in his duties in enhancing communication between Europe and Palestine, stressing that "the existence of Europe has always been important to Palestine at the political and developmental level."

Shtayyeh praised the European stances rejecting the American project, stressing that what is required now is European recognition of Palestine and the creation of an international mechanism in which all international powers participate, based on international law and decisions for Palestine.