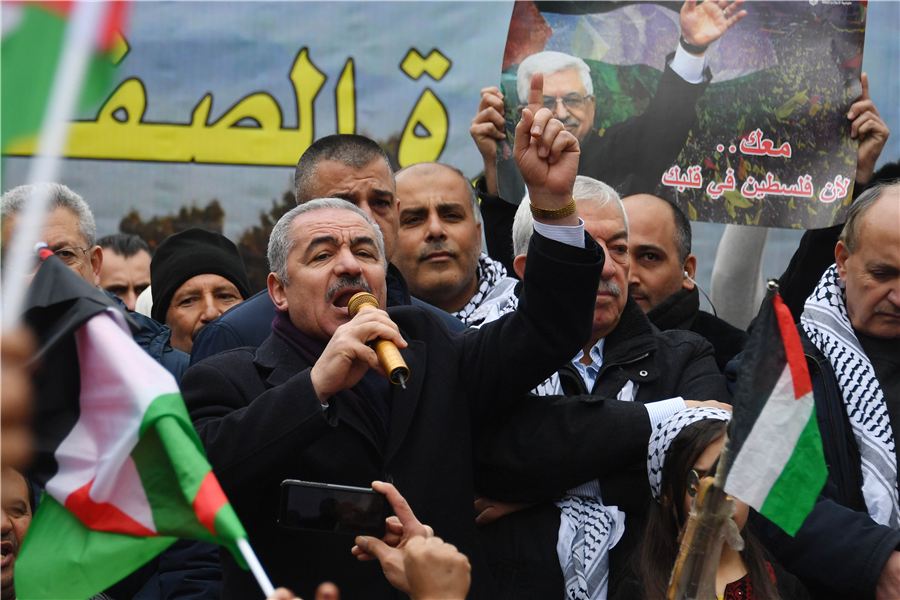 Shtayeh: We are not nihilists, we say yes also to the independent state, with Jerusalem as its capital and the return of refugees

This came during the launching of the central festival condemning the "Deal of the Century", which supports President Mahmoud Abbas, today, Tuesday, in the center of Ramallah, with the participation of members of the Executive Committees of the Liberation Organization and the centralization of the Fatah movement, and representatives of the factions and thousands of our people who came from different governorates.

Shtayyeh added: "Today, the West Bank and Gaza, in the Beddawi and Nahr al-Bared camps and all the Diaspora camps, we are not nihilists, we won’t say no only, but we also say yes to the Palestinian state with Jerusalem as its capital and the return of refugees."

The Prime Minister continued: "Today we are in an exceptional unitary position, all the PLO and Islamic factions are united behind President Mahmoud Abbas, and we say to him today, this is the pause of our people with all its spectrum, and we are behind you."

And Shtayyeh added: "A salute to the Arab and African peoples who supported our people and to all the countries of Europe that stood with us and rejected the deal of the century, and salute our prisoners in all prisons."