Prime Minister: Government is proceeding with economic disengagement from Israel 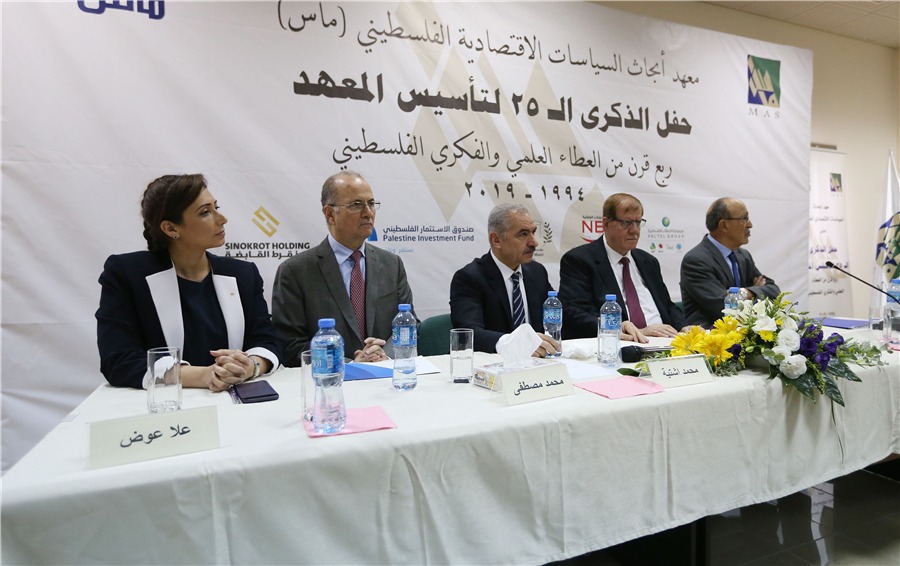 Prime Minister: Government is proceeding with economic disengagement from Israel

Prime Minister Mohammad Shtayyeh said today that his government is continuing with steps to economically disengage from Israel, making specific reference to an earlier decision to stop importing calves from Israel.

Speaking at a forum organized by the Palestinian Economic Policy Research Institute (MAS) marking the 25th anniversary of its founding, Shtayyeh said that in light of absence of a political horizon in the Palestinian-Israeli conflict, his government has been studying the gradual disengagement from Israel, strengthening local production, encouraging direct import from the world, which he said increased by 16%, reaching out to the Arab world, and boycotting Israeli products.

Shtayyeh also said that at a later stage, his government is going to look into using the crypto currency as a way to end reliance on the Israeli currency.

On holding general elections, the Prime Minister said President Mahmoud Abbas is going to issue one presidential decree announcing the dates for the legislative and presidential elections, which are expected to be held consecutively.