Secretary General of the Council of Ministers Dr. Amjed Ghanem stresses the role of State Audit and administrative control Bureau (SAACB) in preserving he capabilities of the state and public funds 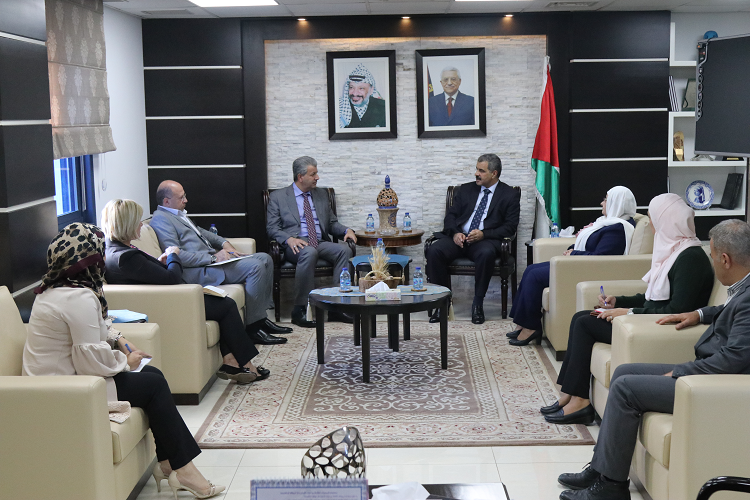 Secretary General of the Council of Ministers Dr. Amjed Ghanem stresses the role of State Audit and administrative control Bureau (SAACB) in preserving the capabilities of the state and public funds

During his visit today to the State Audit and administrative control Bureau (SAACB) Secretary-General of the Council of Ministers Dr. Amjed Ghanem praised the role of the Bureau in the control and protection of public funds and the capabilities of the State of Palestine.

Ghanem stressed the importance of providing the Bureau with an army of workers and supervisors in order to expand the scope of institutions that are supposed to be subject to supervision and scrutiny.

He also affirmed the readiness of the General Secretariat of the Council of Ministers to fully support and follow up the report issued by the Bureau through communication with all ministries and institutions in its part and each in its field, and said that this report should be taken seriously.

In turn, the head of the State Audit and administrative control Bureau (SAACB) Iyad Tim, gave a detailed explanation of the work of the Bureau and the mechanisms of auditing and supervision that are divided into three types (finance, performance control)He said that the bureau audits nearly 6,000 institutions and the final account of the State of Palestine, stressing that the bureau is promoting the standards of integrity and transparency in its oversight work; He also talked about the accession of the Bureau to a number of international regulatory institutions. Tayem said that the Bureau carries out its tasks within an annual work plan based on its strategic plan 2017/2021 entitled "Making a Difference in Citizen's Life" in line with the national policy agenda of the citizen first.

He pointed the importance of internal control units in ministries and government institutions, and the need for a system and determine the technical reference for these units.