Secretary General of the Council of Ministers Dr. Amjed Ghanem: The government seeks to gain the confidence of the citizen and strengthen its resilience. 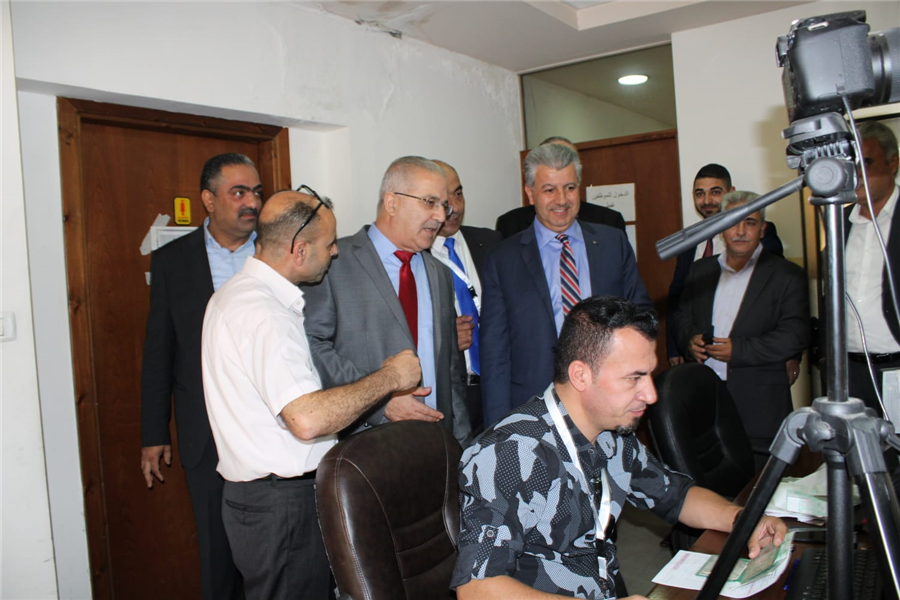 During his visit to the Ministry of Transport and Communications

Secretary General of the Council of Ministers Dr. Amjed Ghanem: The government seeks to gain the confidence of the citizen and strengthen its resilience.

Dr. Amjed Ghanem, Secretary General of the Council of Ministers, today visited the Ministry of Transport and Communications, as part of a series of visits to focus communication between government departments and intensify cooperation and efforts to develop services provided to citizens.

Dr. Ghanem was briefed on the developments and improvements carried out by the Ministry of Transport and Communications in all its branches, which was evident in the reality of processing the transactions of citizens requesting service,

The Minister of Transport and Communications Assem Salem stressed that a clear and significant change has occurred in many facilities of the service departments in the ministry, the most important of which was the use of guiding screens for citizens in the sequence of processing procedures provided, training employees on how to deal with citizens, automating the dynamometer of cars and linking them to traffic circuits directly. And the payment of traffic violations in the Department of Traffic Bank, the adoption of No. (105) as a direct number to receive complaints, the adoption of cameras in controlling  cars, closer relations with the provinces and municipalities in several areas, the most important of which getting rid of Illegal cars.

Salem added that the progress in the early warning project for floods is underway, in addition to supporting the tourist cluster in Bethlehem with all available capabilities, and the beginning of rehabilitation of drivers of tourist cars in Bethlehem, and work on the establishment of new lines serve the segment of university students, and the assignment of civil servants to control traffic at Qalandia checkpoint and Al-Eizariya checkpoint and start designing a road along Qalandia road to deal with the daily crisis. He stressed on a number of challenges and problems facing progress in the work of the Ministry, the most important is the  place and the accumulation of paper archive, which amounted to 5 million documents.

Dr. Ghanem in his turn, briefed the attendance of the work of the General Secretariat of the Council of Ministers in all its procedures, stressing that the supreme goal of the General Secretariat is to enable the Prime Minister to follow up all the agendas presented to the Cabinet sessions, and to address them legally and procedurally. This section focused on the service sectors in government departments, and expressed his readiness to support the vision of the Ministry of Transport and Development and its expansionist vision towards facilitating the provision of service to citizens.

At the end of the meeting, both ministers made an inspection visit to the Directorate of Transport in Ramallah, which included the Licensing Department, the archive, the medical laboratory and the theoretical examination hall for the driving exam