Excerpts from the Speech of H.E. the Prime Minister of the State of Palestine at the Public Prosecution 10th Annual Conference 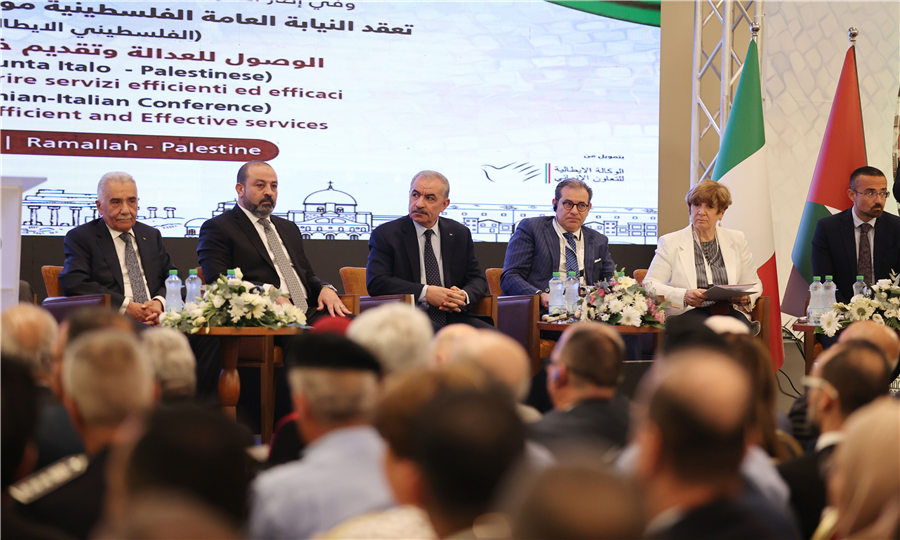 Excerpts from the Speech of H.E. the Prime Minister of the State of Palestine at the Public Prosecution 10th Annual Conference

“In Palestine, we are committed to complying with core human rights standards aimed at safeguarding and respecting human dignity. The Justice System continued to operate in the most severe conditions—during the COVID-19 Pandemic. The Public Prosecutor's Office continued to be a comprehensive and effective representative of the public interest and guardian of rights and liberties. This has had positive impacts, particularly in prosecuting crimes, ensuring the achievement of fair procedures, and protecting citizens' fundamental rights.”

“Laws remain to be reviewed to be modern and keep pace with global and societal development. The Government's legislative plan is looking forward to the continuous development of legislation. We know that some Ottoman laws are still in force, British mandatory laws, Jordanian laws, and even Israeli martial laws. Therefore, we are revising the entire system of laws, thereby serving our national cause, national project, and justice.”

The Prime Minister of the State of Palestine, Dr. Mohammed Shtayyeh, made those remarks at the 10th Annual Conference of the Public Prosecution of the State of Palestine (Joint Palestinian-Italian), under the theme, “Effective Access To Justice,” On Thursday in Ramallah, in the presence of the Attorney-General of the State of Palestine, Counselor/Mr. Akram Al-Khateeb, Italian Consul-General Giuseppe Fedele, President of the Palestinian High Judicial Council, Chief Justice Chancellor Issa Abu Sharar, Chairman, Committee on Relations, National Foundation and State of the Italian Superior Council of the Judiciary, Mr. Stefano Cavanna, and the Secretary-General of the International Association of Prosecutors, Mr. Han Moraal, the Assistant Attorney of the Italian International Court of Cassation, Ms. Rita Sanlorenzo, and a number of ministers, consuls, ambassadors, and official and legal persons.

The Palestinian Prime Minister proceeded, “Citizens' access to justice is a sacred right, whether gaining access to international or national courts. The main objectives of laws are to regulate life, society, human nature, and citizens' safety. The highest degree of law is that of citizens' security. Laws without rights have no value. Our freedom lies within the framework of what the justice-based law allows. We know that the law is the highest degree of human wisdom based on humankind's experience for the benefit of all.”

Furthermore, speaking on the international law and justice amid the current global situation, Dr. Shtayyeh said, “The law is indivisible. International law is applicable in Ukraine, while there is injustice and inapplicability in Palestine! Laws are enforced in certain nations and violated in others.”

His Excellency pointed out that the justice system, the Public Prosecution, the Council of the Judiciary, and lawyers are all within the justice system. In Palestine, he added, promoting justice is considered a way of advancing rights and freedoms and strengthening the resilience of citizens on their land in the face of the occupation machine.

The Prime Minister commended the achievements of the justice system, the public prosecution in particular, especially in the volume of cases handled before them and before Palestinian courts in difficult and complex conditions. Furthermore, he praised the continuous capacity-building of its personnel, its adoption of the principle of specialization in its work through specialized prosecutors, and its quality performance.

“I hope this conference contributes to a holistic conceptualization and strengthens efforts to enable citizens to access justice and safeguard their rights and freedoms guaranteed by law,” Dr. shtayyeh concluded.