‘In Gratitude,’ The Prime Minister Receives The Norwegian Peace Process Envoy At The End of His Official Mission 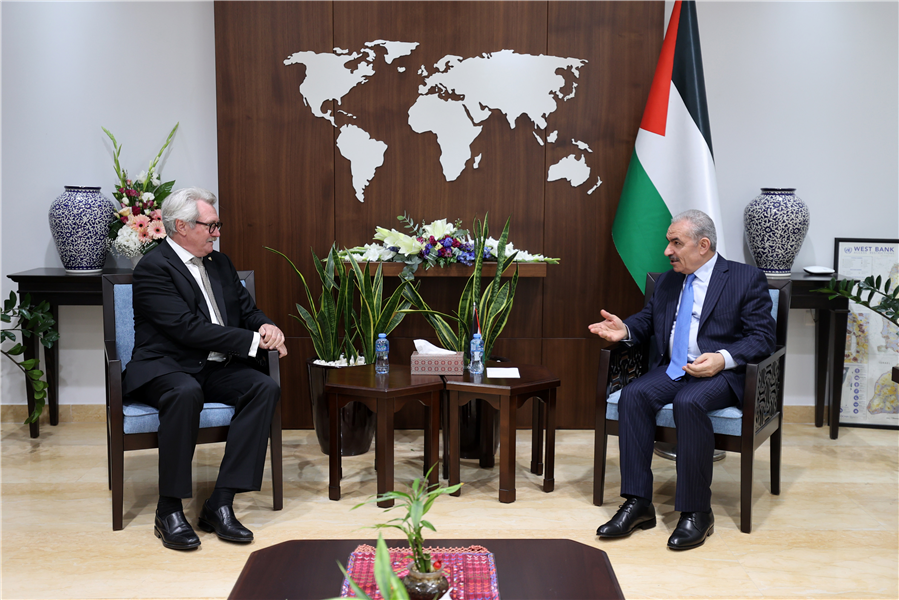 ‘In Gratitude,’ The Prime Minister Receives The Norwegian Peace Process Envoy At The End of His Official Mission

The Prime Minister of the State of Palestine, Dr. Mohammed Shtayyeh, welcomed the Norwegian Special Envoy for the Peace Process, John Hensen, at the end of his official duties, at his office in Ramallah Tuesday, in the presence of the Representative of Norway to Palestine, Torunn Viste.

His Excellency commended Hensen's active role in advancing the political process and trying to make it work towards ending the occupation, establishing a Palestinian State with Jerusalem as its capital, and establishing peace, for which he devoted many years of his career. Dr. Shtayyeh wished Hensen success in his future duties and personal life, praising his sincere and diligent work and expressing his gratitude to Hensen for enhancing bilateral relations between Palestine and Norway.