The Primer, “Increasing the number of UNWFP Beneficiaries in Palestine; A Necessity” 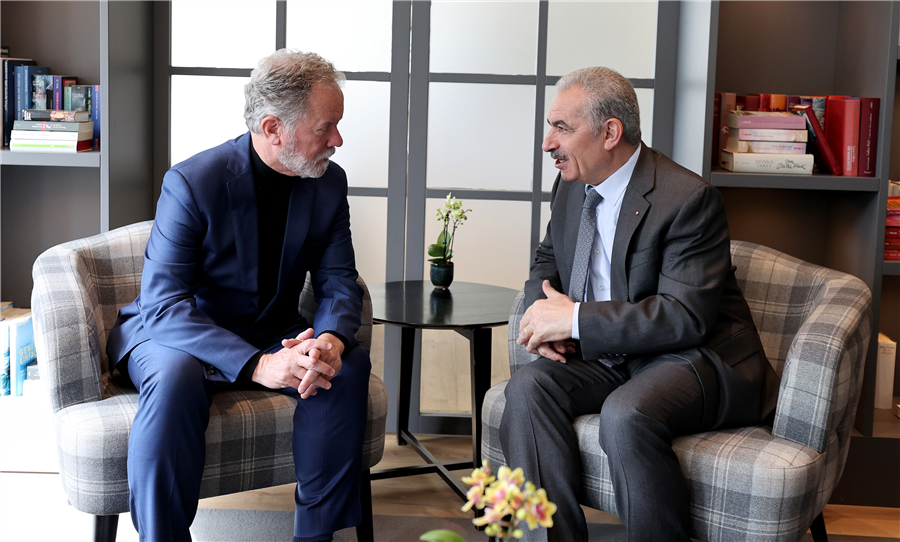 The Primer, “Increasing the number of UNWFP Beneficiaries in Palestine; A Necessity”

The Prime Minister of the State of Palestine, Dr. Mohammed Shtayyeh, called on the United Nations World Food Program (UNWFP) to increase the number of the program's beneficiaries in Palestine.

On the sidelines of the World Economic Forum (WEF) in the Swiss mountain resort of Davos, Dr. Shtayyeh held talks with the UNWFP Executive Director, Mr. David Beasley.

His Excellency explored means of enhancing food security, especially in light of the changing international conditions, the rising prices, and their impact on the region and Palestine.

The State of Palestine's Ambassador to Switzerland and Permanent Observer representing Palestine at the United Nations Office at Geneva (UNOG), Ibrahim Khraishi, attended the meeting.