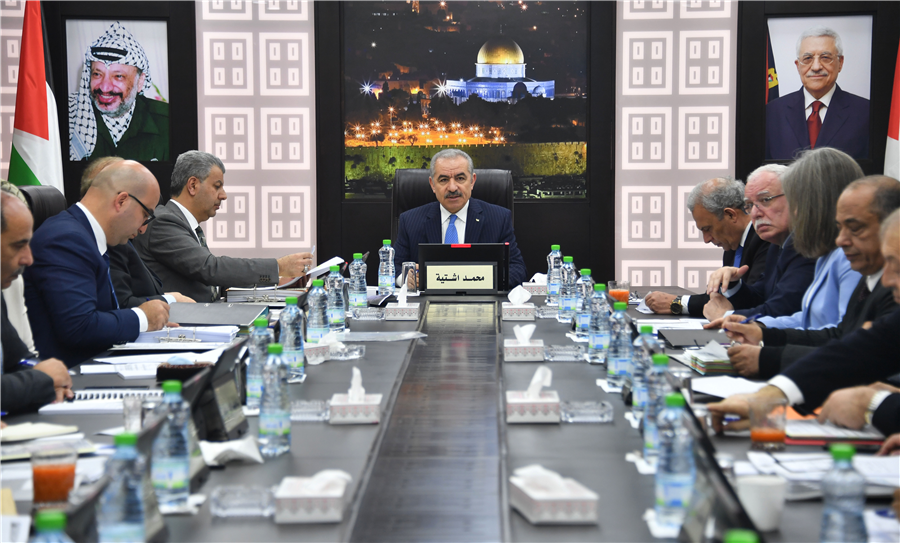 Cabinet Calls on EU to Recognize the State of Palestine

During its weekly meeting held in Ramallah today, the Palestinian Cabinet, headed by Prime Minister Dr. Mohammad Shtayyeh, praised the position of the European Union towards the plan of US President Trump.

Additionally, the Cabinet called on Europe to recognize the State of Palestine on the borders of 1967 with East Jerusalem as its capital; in response to the US plan aimed at liquidating the Palestinian issue, and to protect the two-state solution.

Separately, the Cabinet discussed the Israeli obstacles to exporting Palestinian products to international markets. Thus, the Cabinet affirmed its persistence on banning the entry of Israeli products into Palestinian markets.

To conclude, Dr. Shtayyeh briefed his government members on the outcomes of his participation in Munich Security Conference 2020, during which he affirmed the solid Palestinian rejection of the “Deal of the Century” and the importance of holding an international peace conference on Palestine upon the request of President Abbas