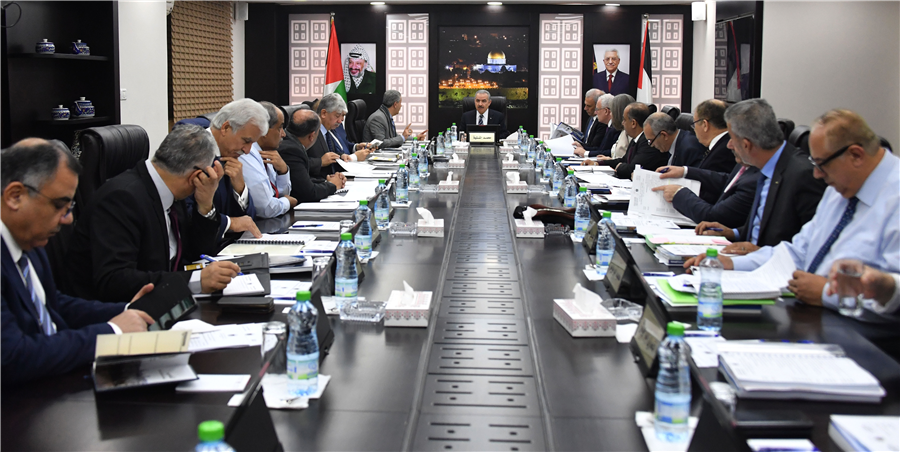 The Palestinian Cabinet commends countries that voted for renewing the mandate of the UNRWA, considering this move a victory for the Palestinian issue, condemns the attacks of Israeli settlers against Palestinian citizens, and demands an immediate international protection for them.

In his opening statement, during the weekly Cabinet meeting held in Ramallah today, Prime Minister Dr. Mohammed Shtayyeh paid tribute to the 170 member states in the United Nations General Assembly that voted in favor of renewing the mandate of the UNRWA. The Cabinet

considered this move another victory for the Palestinian issue, and a blow to the American and Israeli attempts to diminish the legitimate rights of the Palestinian citizens, and undermine the two-state solution. Prime Minister Dr. Shtayyeh considered the overwhelming majority of the votes a victory for the values of truth, justice and freedom, and for the resolutions of the international legitimacy that the Trump administration is attempting to circumvent.

In a different context, Prime Minister Dr. Shatyyeh condemned the latest incursions of Israeli settlers into the Al-Aqsa Mosque, and the daily terrorist attacks they perpetrate against Palestinian citizens in all Palestinian cities, especially in the city of Hebron, which is under a massive settlement attack under the protection of occupation forces.

To conclude, Dr. Shtayyeh affirmed the readiness of the government to hold the general elections as all Palestinian factions announced their approval, and called on the international community to pressure Israel to allow holding the elections in occupied Jerusalem.